20 Movies That Can Inspire You To Be A Programmer – Infographic 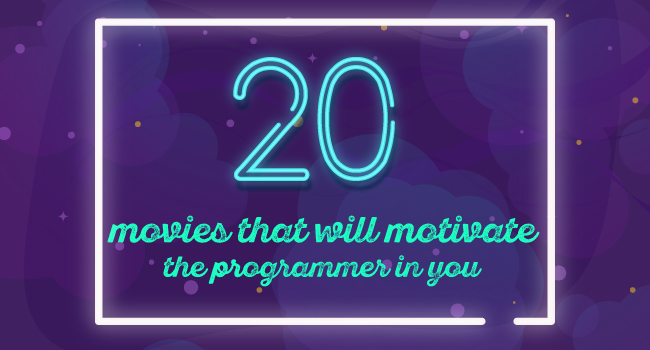 Many might say that, impact of movies is momentary rather than a life changing one. However, there are a considerable amount of people who beg to differ.

Those who argue, states that exceptional movies can sometimes inspire or scar you for a long time. However, even avid movie enthusiasts can be sceptical when it comes to tech movies. But, Those movies which have managed to are indeed gems.

If we analyze the history of tech or sci-fi movies, the movie which made a profound influence on tech enthusiasts for the very first was the iconic movie Matrix, released in the year 1999.

Talking about the movie, Lana Wachowski, Lilly Wachowski (Wachowski brothers) has written the movie exceptionally well. The movie became one of a kind experience for audience owing to the conglomeration of talented people working together towards a common goal, to create history.

What’s special about Matrix is that the movie was able to project the idea of hacking and coding into the public in an exciting way that many became inspired by it.

Other movies like, The Social Network, Loopers, Inception, Source Code, Primer etc. are some of the movies which have influenced people see programming in an exciting way rather than boring like they used to.

The list doesn’t end here. Go through this infographic to know more about the profound 20 in the category.

Previous Yii vs Laravel: Who Will Win the Match?
Next Searching For Hacking Related Movies? Check These 30 Movies Out